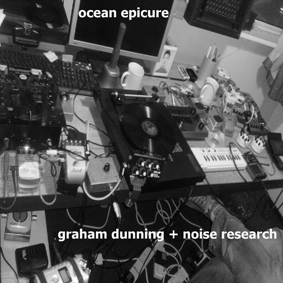 Graham Dunning is a sound and visual artist based in the UK. His sound sources include field recordings pressed to dubplates; modified records; adapted playback equipment such as reel-to-reel tape players, turntables and Walkmans; found sounds, especially discarded footage of people's home recordings; home made electronics and circuit bends; broken cymbals and other metal objects; and inexpensive delay units.
Dunning has recently performed at temporary gallery space Outlet run by Exocet in Manchester, a Happening in Shoreditch Library and the Leytonstone Arts Trail. He also performs in improvised noise, drone and post-punk band Blood Moon; psychedelic drone and improv band Infinite Birth; and produces dubstep, techno and electronica under the name Analogg.

Uploaded by Clinical Archives on January 3, 2010